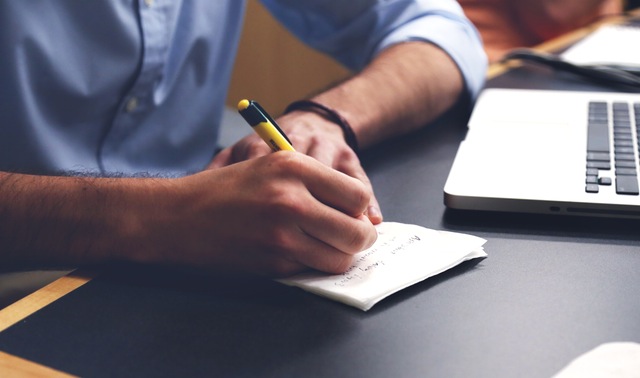 An idea you hear repeated by translator training programs, translation companies and clients alike is that a translator should only work into their native language; that is, that any translation should be produced by a native speaker of the language into which it is done. I would like to examine the reasons behind this notion, its actual intentions, and possible more accurate metrics to supplement–or supplant–the native speaker requirement.

The usual reasons given to justify this preference are that, try as they may, no learner can ever achieve the verbal agility and feel for nuance and connotation a native speaker can boast. Examples of funny and downright unintelligible translations made by non-native speakers are usually brought up to corroborate the point.

This reluctance to use non-native translators is understandable, but let us analyze its roots and try to elicit what it is that translation users are looking for as they set forth the native translator requirement. First of all, as I previously wrote on this blog, people in the US — as in many other countries — often don’t start learning a foreign language until their mid-teens or early twenties. At that point, naturally, greater emphasis is placed on comprehension, communication, and conversational fluency than on eloquence, rhetoric, and elaborate penmanship. It is, therefore, concluded that while a language learner may become fluent, they will never reach the heights occupied by a native speaker, unless they have been immersed in their second language for decades.

It logically follows from this attitude that a native speaker is the ultimate yardstick against which any text production is to be measured — often regardless of their training, occupation, and writing abilities. Yet we see that there is at times confusion and errors in native speakers’ speech and writing. While fluency, cultural savvy, and idiomaticity are all traits that native speakers are more likely to display than the most dedicated learners, there are other components of successful writing which cannot be picked up from simply knowing what sounds “natural.” Things like “should have went” are becoming more and more widespread, yet a person with no knowledge of the mechanics of English may have a hard time knowing that, while widespread, these phrases have not yet become accepted English usage. Naturally, there are native speakers who are specifically trained as writers, editors, etc. in their language, but not every native speaker is.

Finally, the fusion of language and literature in US academia may have indirectly lead to this preference. The subject called “English” in US high school and college curricula is, in fact, a combination of English spelling, grammar, and composition with the study and critique of “Anglophone” literature, which may or may not have been originally written in English. Collegiate language professors are expected to teach the literature written in the language they teach, as well. Therefore, learners inevitably internalize that masterpieces of literature are the summit of language arts to which all speakers and learners should aspire but which is, ultimately, unattainable except for a select few. Good writing, therefore, is to be savored, revered, but not attempted by the admirers of these masterpieces.

While it is true that literature, fiction in particular, contains some of the most creative and brilliant examples of language use, language has many areas of application beyond creative writing. Some of these non-literary language applications, such as technical writing, may be more relevant for certain types of translation. What is important is that the translator — native or non-native — have enough background and experience in their genre, attained through extensive study, reading, and, yes, writing, in that genre — writing that non-native speakers are often never expected, encouraged or taught to do. This state of affairs helps perpetuate the native-speaker deification by disenfranchising the learners from active language production, which, in turn hurts their language abilities and ultimately helps corroborate itself by pointing to the examples of poor writing produced by the ill-trained translators.

As I mentioned above, translation clients aren’t consciously trying to discriminate against non-native translators; they are only trying to insure themselves against the poor writing the likes of which had been produced by non-native translators before. Instead of abolishing the native-speaker requirement altogether, I would suggest refining it to add more measurable criteria to that metric. So, instead of asking “Did you grow up speaking this language?” (From what age? To what age? With whom? About what? Where? — you see the problems there), we should be asking the translator for a proven, preferably peer- and audience-reviewed, track record of writing in the particular genre of our text. The list of criteria can certainly be refined and expanded, but I think this direction will help users of translation in their search for the fluent, context-sensitive, and eloquent translator.

One thought on “Origins of the Native-Speaker Translator Preference”